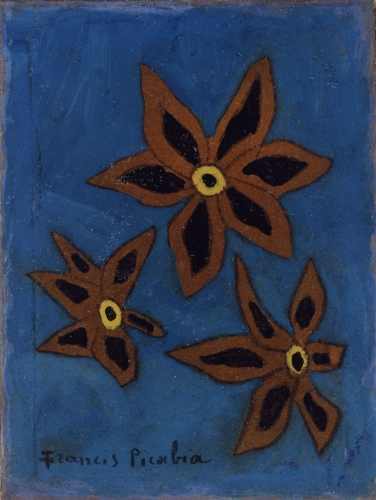 Michael Werner Gallery is pleased to announce the inaugural exhibition at our East Hampton gallery. Located at 50 Newtown Lane in East Hampton, the opening show is titled Sigmar Polke, Francis Picabia and Friends.

Sigmar Polke (1941-2010) was one of the most influential and important painters in post-war Germany. Polke's career started at a time of social upheaval and cultural development throughout Europe, particularly in Germany. This led Polke to push the boundaries of painting throughout his career. He drew inspiration from Francis Picabia (1879-1953), a maverick French painter whose work transcends many styles and periods in the early 20th century. Beginning in the late 19th century, Picabia was central to, and then rejected, many of the movements of the early 20th century, from Dada through Surrealism. Like Polke, Picabia's work remains unique and undefineable and has inspired countless generations of artists.

Sigmar Polke, Francis Picabia and Friends will focus on major works of Picabia and Polke, with additional works by those who have drawn inspiration from both artists, including Italian artist Enrico David, amongst others.

The exhibition will be on view starting this Friday, July 10 from 5-8pm for the first weekly East Hampton Gallery Night. Our East Hampton space will be open every Tuesday to Sunday from 11am to 6pm through September. The safety of our staff and visitors is our top priority. We ask that you respect social distancing guidelines and wear a mask at all times.

For more information regarding the exhibition, please contact the gallery at press@michaelwerner.com or contact Carrie Rees, Rees & Co. at carrie@reesandco.com.